The port also features an ADV-style presentation, showing one line of text at a time in a small box in the lower section of the screen. The original games used NVL-style, where the text box took up the entire game window and displayed multiple lines.

While Matsuri carries seven of the eight original arcs (Matsuribayashi-hen was left out), three new arcs are included—the Question Arc Taraimawashi-hen, the bad-end Answer Arc Tsukiotoshi-hen, and Miotsukushi-hen, which provides an alternate ending to the one offered by Matsuribayashi-hen.

An append to Matsuri, called Higurashi no Naku Koro ni Matsuri: Kakera Asobi (ひぐらしのなく頃に祭カケラ遊び, When the Cicadas Cry Festival: Playing with Pieces), was released after the great success of the first game. This append version includes a new texbox, new menus and a better scenario chart, but it doesn't add Matsuribayashi-hen.

A Pachi-slot Simulator called Pachi-Slot Higurashi no Naku Koro ni Matsuri (パチスロ ひぐらしのなく頃に) was released on April 22, 2010 for the PS2 as well. It had the same story-line of Matsuri, but with the Pachi-slot's (Slot Machine) game style, more CG's and had animated scenes. 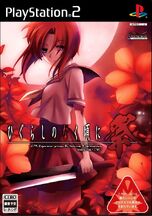 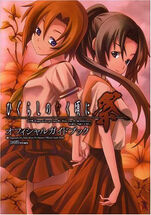 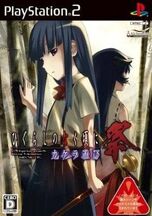 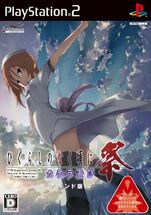 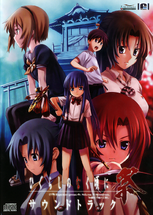 Original Soundtrack
Add a photo to this gallery
Retrieved from "https://whentheycry.fandom.com/wiki/Higurashi_no_Naku_Koro_ni_Matsuri?oldid=43213"
Community content is available under CC-BY-SA unless otherwise noted.